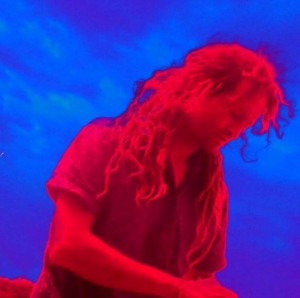 AodioiboA’s live sets flood the dance halls with exquisite, energetic playful and resourceful music. The label owner of LittleBigsensations has meticulously and lovingly refined his sound over the last decade and expanded his sonic repertoire with loving detail. With his musical arrangements, AodioiboA creates an atmosphere both experimental and rich with effect, but always with a driving groove for the trancefloor. His sound is dance music for both the body and soul – powerful rolling bass combined with distinctive, pseudo-acoustic effects make his live sets an unforgettable journey of sound.

„A mix of different elements – neither grim nor excessively fluffy – not full-on but also not endlessly groovy,“ AodioiboA describes his sound. Barely less than ten years ago, Andreas sent his first tones into the sound cosmos, and in the time since he has simultaneously worked on several different projects. Apart from his more known AodioiboA moniker which focuses on faster psychedelic trance rarely below 145bpm, Andreas also explores the more melodic side of classic goatrance under the name Holikao.

Further music from his different pseudonyms can also be found on his own label LittleBigsensations, founded in 2011, ranging from the broad scope of psychedelic dance music to ambient and experimental sounds. Listen to it, dance on it!